Is it the Actor or the Role?

Is stepping into the role of Sherlock Holmes as easy as a pair of Persian slippers? Do actors find themselves possessed by the Great Detective as soon as they pick up a script? I’m not sure, but every actor who has played Holmes has won me over—from John Barrymore in the 1922 silent film, to those in later films such as Basil Rathbone, Christopher Plummer or Roger Moore. Even George C. Scott, as a delusional millionaire who thinks he is Sherlock, did a convincing job. And of course, who wouldn’t believe that Jeremy Brett was the one and only, the real Holmes? He was my favorite. But then Robert Downey, Jr. put on the deerstalker cap, stuck a pipe between his teeth, and he became my favorite.

Nonetheless, when I saw a photo of Benedict Cumberbatch in an article announcing his portrayal of Holmes in a new BBC series, his short blonde locks and turned up nose elicited a loud “No way!” After a good friend twisted my arm, I went ahead and ordered the first episodic DVDs, but it was still weeks before I finally slid them into my laptop. They are set in current times and Cumberbatch’s Holmes has taken arrogance, obsession, and self-centeredness to the extreme. I was hooked within five minutes of the very first episode, “A Study in Pink.”

When the 2012 season’s episodes aired, I was on the road and not able to catch the three new and much anticipated offerings, “A Scandal in Belgravia,” “The Hounds of the Baskerville,” and “The Reichenbach Fall.” Waiting till May for the DVDs to be available is like watching a cheesecake in my fridge.

And Benedict Cumberbath? He’s good, he’s convincing; and oh yeah, and now he’s my favorite. How long will that last? Well, I don’t know. But I see a face or two—Leonardo DiCaprio, Johnny Depp. Sure, they can do it. Uh oh . . . I’m hearing a voice; an accent. It’s Spanish. Antonio Banderas! Well, why not? 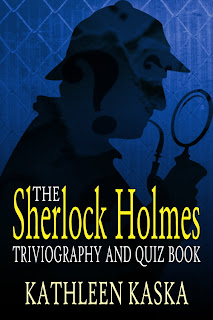